From Stage to Screen: School of Rock 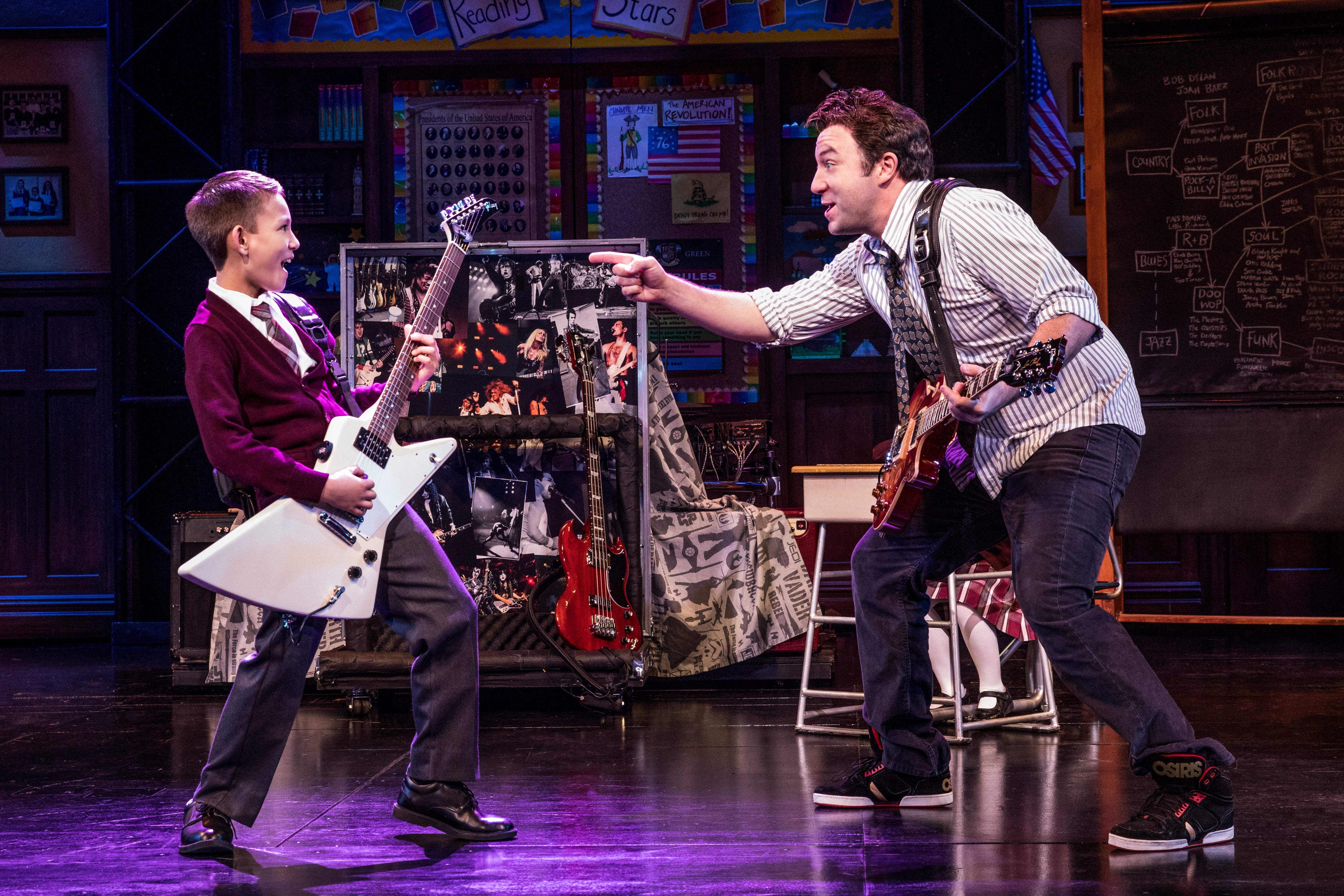 School of Rock brings down the house eight shows a week in the West End and on tour! Let’s take a look at its journey from screen to stage.

Screenwriter Mike White got the idea for the movie from the Langley Schools Music Project, where Canadian music teacher Hans Fenger recorded two LPs (1966 and 1967) with grade school students singing hits by The Beach Boys, Paul McCartney, David Bowie, and more. Over twenty years later, the LPs were combined into the album “Innocence & Despair” (2001) and gained much attention—even inspiring a VH1 documentary reuniting the students in 2002. The pairing of old-school classics sung by some rockin’ kids proved to be the perfect ingredients for a hit movie. The film was produced by Scott Rudin and Paramount Pictures, written by Mike White, and directed by Richard Linklater. The film featured breakout star Jack Black as the good-intentioned, die-hard rock-and-roller Dewey Finn. The film’s music included iconic rock songs from The Doors, The Clash, and several other classic bands. Even Led Zeppelin, known for not distributing rights for their music, granted them permission to include “Immigrant Song” after the production team filmed Jack Black on set begging the band to use the song. The production team sent the video to the band, and the plan worked. The movie was released in 2003, opened at number one, and was nominated and won several awards. Audiences and critics agreed that the show was a riot!

A decade later, in 2013, the legendary Andrew Lloyd Webber secured the stage rights to the show, and producers put plans into motion for a Broadway takeover. Casting directors held open auditions at the beginning of 2015 to find the most talented rock and roll kids in town. It was later announced that Broadway stars Alex Brightman and Sierra Boggess would lead the show as Dewey and Rosalie. Laurence Connor would direct the show, with lyrics by Glenn Slater, a book by Julian Fellowes and new music by Andrew Lloyd Webber. Development concerts were presented in June 2015 at the Grammercy Theatre, and the show finally opened on December 6, 2015, at the Winter Gard. Today, the show has companies in the West End along with a North American National Tour.

The national tour of Andrew Lloyd Webber's School of Rock comes to Spokane May 8-12. Tickets are currently available - buy now!