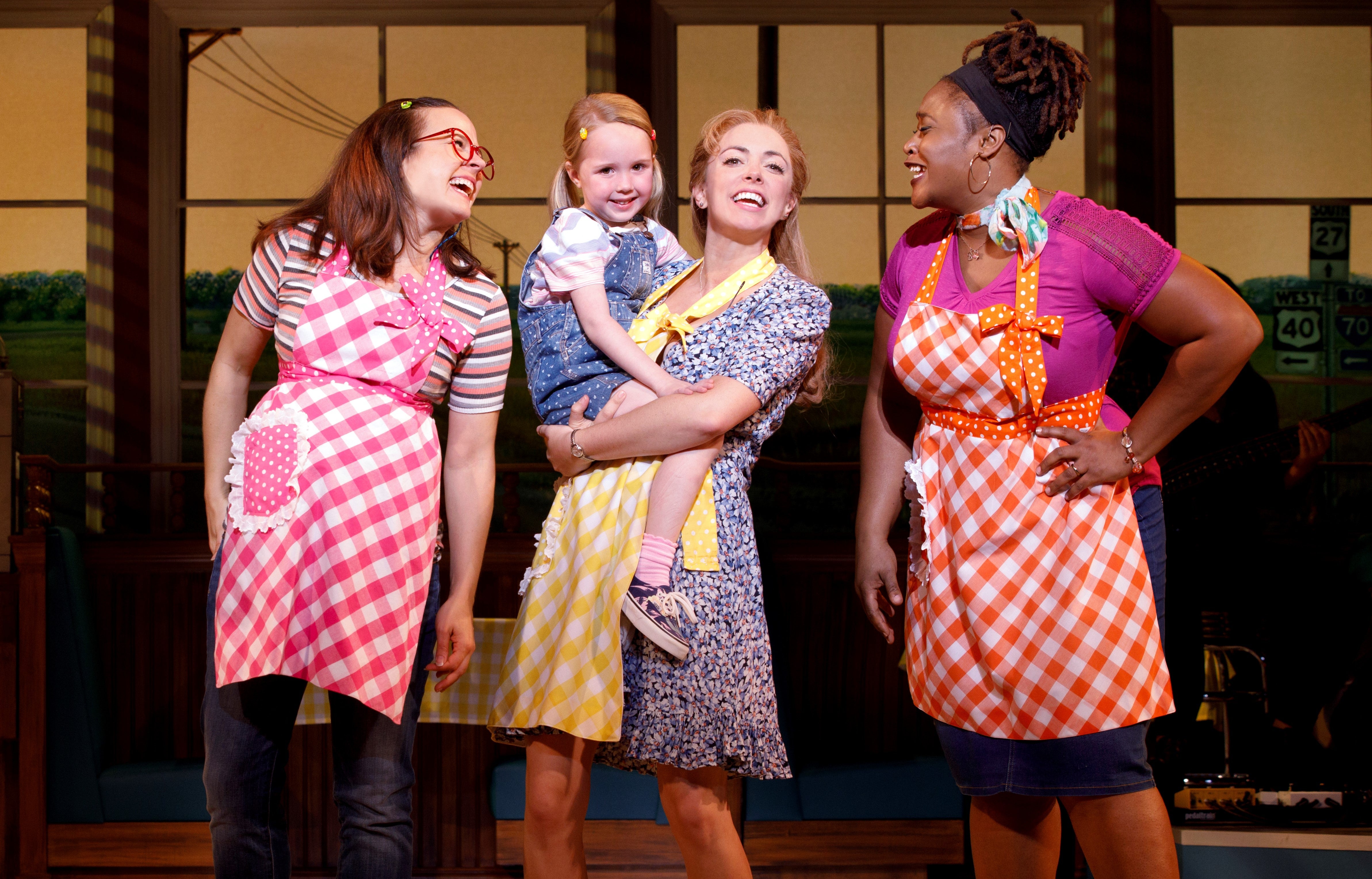 Spokane, WA (November 30, 2018) – The Tony nominated musical WAITRESS, which opens December 12 at the First Interstate Center for the Arts, has cast two young local actresses to take on the role of “Lulu” during the Spokane engagement.

Remy Rieth, age 4 of Cheney, WA, and Brooklyn Wells, age 4 of Spokane, WA, will alternate the role of “Lulu,” the daughter of the production’s main character, Jenna.

WAITRESS tells the story of “Jenna”, an expert pie baker working at a local diner and stuck in a loveless marriage. Her salvation comes in the form of her daughter, “Lulu.”

Both girls were chosen via an audition process held in Spokane on Monday, November 19, which were presided over by members of the WAITRESS company. The character of “Lulu” is cast locally in each tour market and two girls are chosen to share the role.  Each four-year-old girl chosen will perform in 3-4 performances each during the engagement.

Remy Rieth currently attends preschool in Cheney, WA. She enjoys gymnastics, dance, and loves to make up her own songs. Her energy is infectious and a welcome addition to the national tour of WAITRESS.

Brooklyn Wells is from Spokane, WA, and making her debut role in a theatrical production. Her favorite activities include singing, dancing, and spending time with friends. She loves to act and looks forward to playing “Lulu” in the national tour of WAITRESS.

Inspired by Adrienne Shelley’s beloved film, the musical tells the story of Jenna – a waitress and expert pie maker, Jenna dreams of a way out of her small town and loveless marriage.  A baking contest in a nearby county and the town’s new doctor may offer her a chance at a fresh start, while her fellow waitresses offer their own recipes for happiness.  But Jenna must summon the strength and courage to rebuild her own life.

“It’s an empowering musical of the highest order!” raves the Chicago Tribune. “WAITRESS is a little slice of heaven!” says Entertainment Weekly and “a monumental contribution to Broadway!” according to Marie Claire.  Don’t miss this uplifting musical celebrating friendship, motherhood, and the magic of a well-made pie.

Tickets are on sale now at wcebroadway.com, by calling 800-325-SEAT, or at the TicketsWest Box Office (720 W. Mallon, Spokane).